Fleet was designed in response to numerous enquiries I had received about a boat similar to Flint, but which would be suitable for motors of higher power and planing performance. The resulting boat is of similar appearance to Flint, but has a flatter run (i.e. almost straight buttock lines in the aft half of the bottom of the boat), and will achieve higher speeds without trimming at an inefficient angle with the bow high in the air. 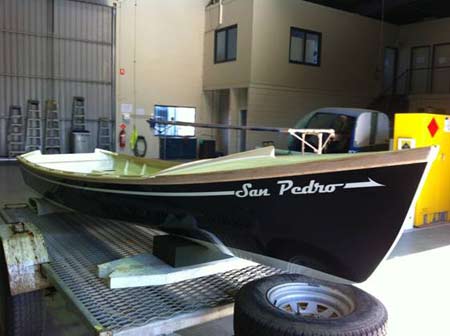 This boat is long and lean, meaning that she can be run efficiently at lower speeds, which is something quite unusual in these days of very wide, high-powered planing hull powerboats. Although Fleet is 15ft in length, she is only 4ft in breadth (to the inside of the planking) giving her a length-to-breadth ratio of 3.75:1 , so she slips through the water easily with low horsepower. 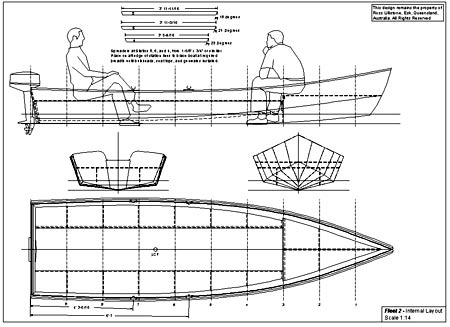 Although she can carry more power, I would not recommend anything above 10hp, preferring to utilise her efficiency and benefiting from the light weight of a small motor. In fact, for my own use, I would seriously consider a 4hp 4-cycle outboard. Larger motors can be fitted, but check with local regulations before considering higher power. 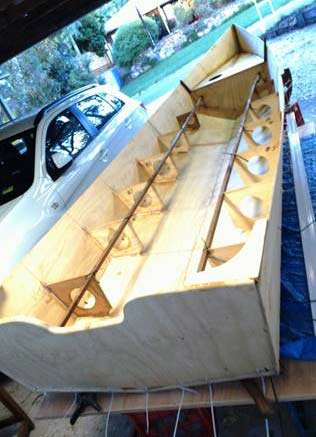 United States Coast Guard guidelines indicate that up to 25hp could be used, but I do not recommend such powerful, heavy motors.

In common with Flint, this design has a sharp entry, which slices through a chop in a most comfortable manner. Being such a narrow boat, she is also relatively pleasant to row, as long as suitable oars and oarlocks are used.

Seating is in the form of longitudinal side seats which form enclosed buoyancy tanks, which can double as dry stowage for light items.

In a number of the photos on this page you can see a raised foredeck. This is not shown on the plans, as was fitted by one builder for dry storage of picnic items etc. 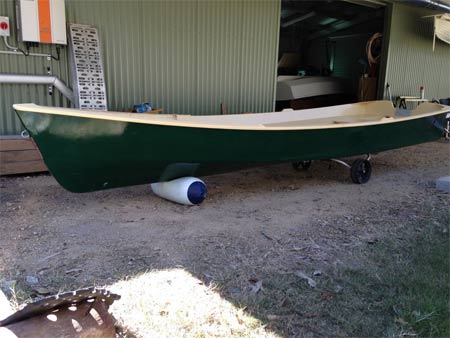 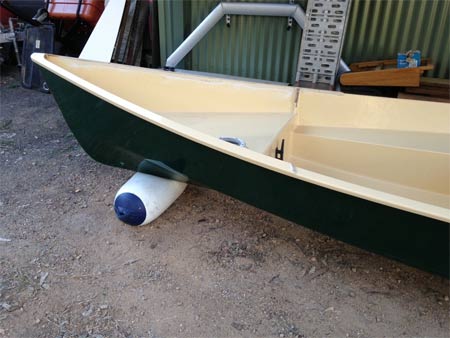 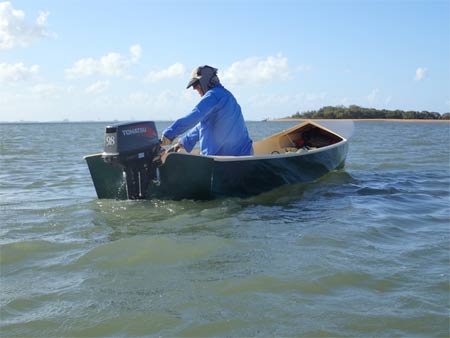 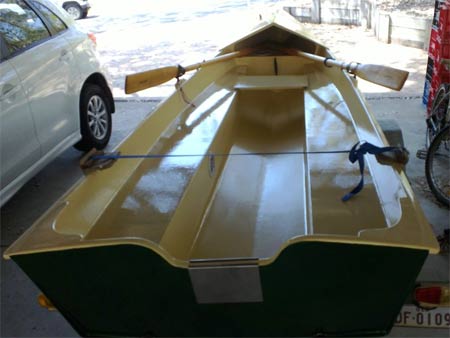 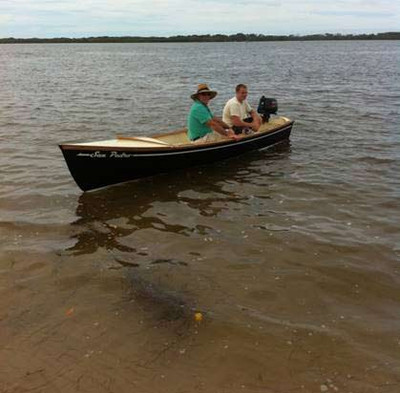