Steve Chambers out in California had built a Roar2 very quickly, in two or three weeks as I recall, and had gone off rowing with it and liked it a lot. He started looking for a design to learn sailing. He was thinking of my old Woobo design but got to really like the Roar2 bow which evolved from Toto. Could the two ideas be combined, a Woobo with a Toto bow. Would it be called Wooboto. Why not? And thus it came to be.

I knew that Steve worked quickly. He started straight off and I saw no need to release Wooboto in a prototype stage since it would be a "done" design in no time. Steve did a great job of it. 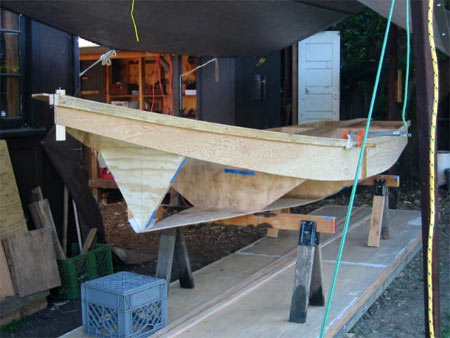 I wanted to show this photo to illustrate the one problem he had with assembly. He assembled it as I called for in the drawing with the sides attached to the forms and bulkheads and the wales added as shown. But the problem was that the sides, especially in the bow, are flimsy at this stage and the stiff wales pushed the sides down an inch or so as the wales themselves were bent upward. He noticed the problem at this stage and adjusted the forward form so that the bottom did not bend downward too, then he had to adjust the bilge panels a bit to fit. So from now on with designs of this shape I am going to change the assembly method so that the wales are not added until the bilges are installed to stiffen those narrow sides. Steve quickly pressed on to this stage: 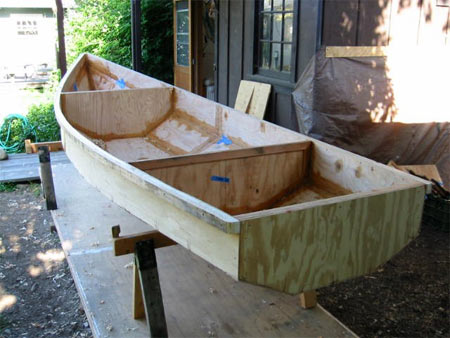 You see that Wooboto has a simple spare structure. No interior seats and no motor well. And then on to this: 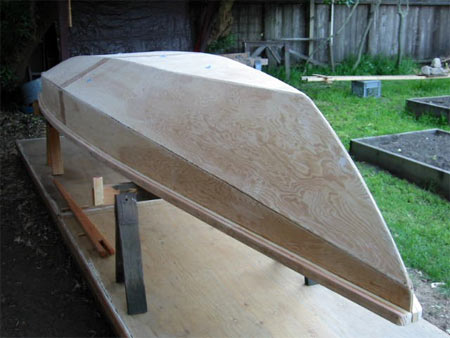 A quick clean job. By this time he had already made a polytarp sail from the Mayfly drawings shown in my book, a 75 sq ft job. But he launched it first as a rowing boat without its decks: 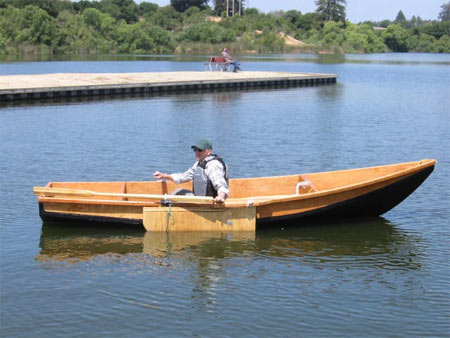 He made those oars too. He practiced sailing for a few weeks: 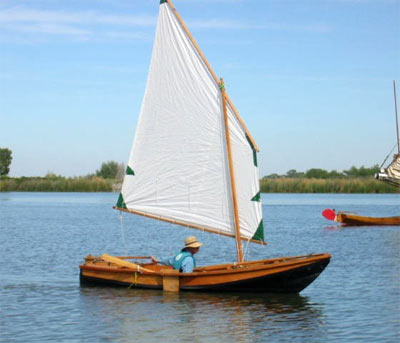 And then off on a cruise of several days with a club of pretty boats in the Sacramento Delta area as I recall: 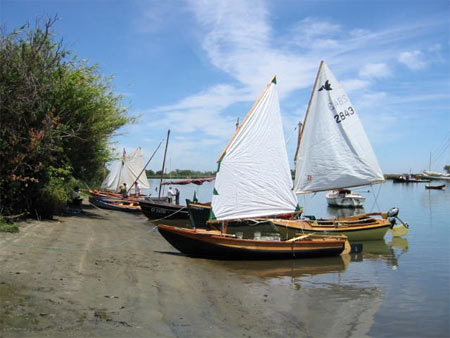 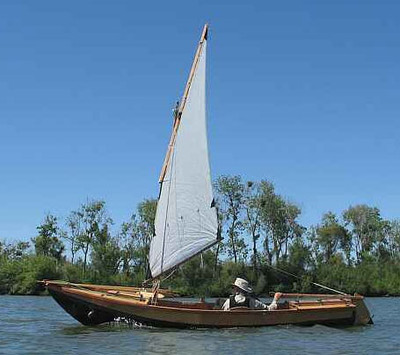