A superb solo or family rowboat 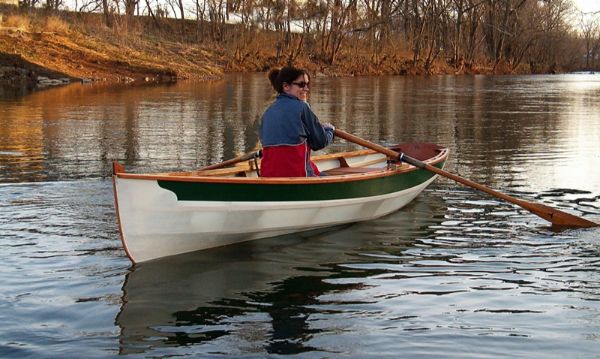 Based on a classic New York "Whitehall" in the Mystic Seaport collection, the Shenandoah Whitehall is far lighter, faster, easier and less expensive to build in skin-on-frame. Very quick and reassuringly capable, she's constructed of marine ply and cedar stringers. The Shenandoah Whitehall is skinned with extremely tough industrial weight nylon or polyester, yet still only weighs in at 55-60lbs {27kgs} - including full floatation for safety. She's easy to carry and cartop, even for one person -so no trailer or dolly is needed.

Don't take my word for it, though - check out this review by the author of "Rowable Classics":

--- "As you know, I had the great pleasure of test-rowing your Shenandoah Wherry for full week in Maine this July. During that time I put her through her paces in all types of water conditions from heavy chop to smooth water. I'm happy to report that she performed admirably, even in a quartering sea, and was extremely well mannered in all conditions. Handling her on land was also a great pleasure because she weighs so little compared to similar boats. And speaking of comparing her to other boats: I tested her for real-time speed against an Eddon Gig (Whitehall) which is almost exactly the same length and width, and very similar hull configuration. I used the same Garmin Forerunner 305 GPS device attached to each boat, in turn, to get actual speed readings and rower heart rate, as an indicator of energy output. So here's what I discovered: at exactly the same time of day, on the same stretch of the river, using the exact same oars and the same GPS device and producing the same heart rate, I found that your Shenandoah Whitehall was nearly twice as fast as the Eddon Gig which is a rather heavy fiberglass lay-up with wood rails! Not that speed is the only issue, per se, but by simple logic, the Shenandoah Whitehall should require only about half it takes to row a more typical fiberglass or wood Whitehall. It also requires much less to move it around on land as well! (Or hey put another way, you can row twice as far on the same bowl of Wheatie and who doesn't like THAT idea!) 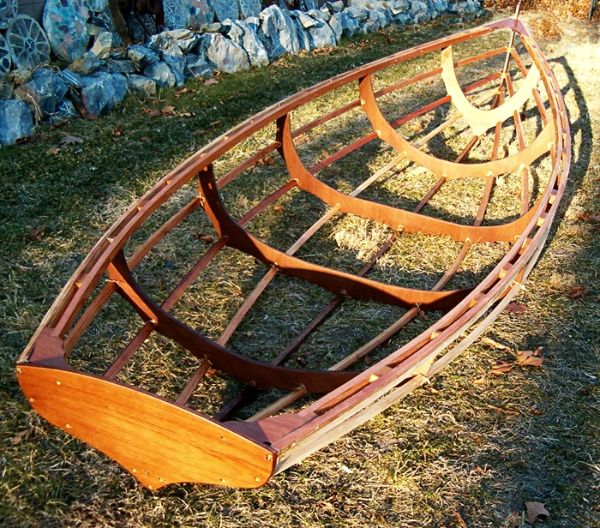 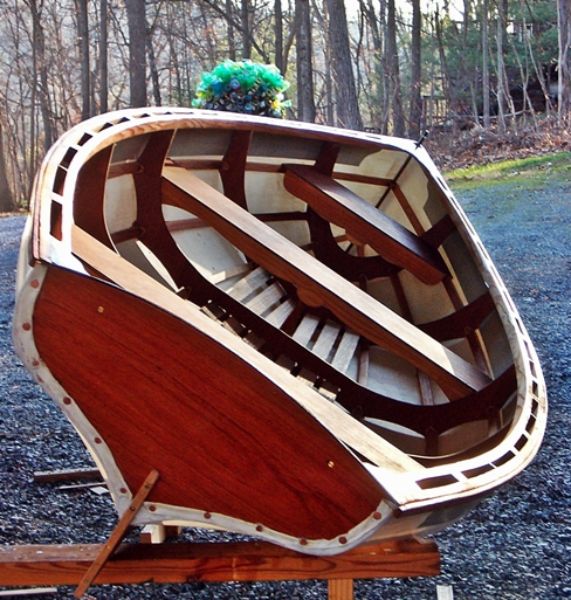 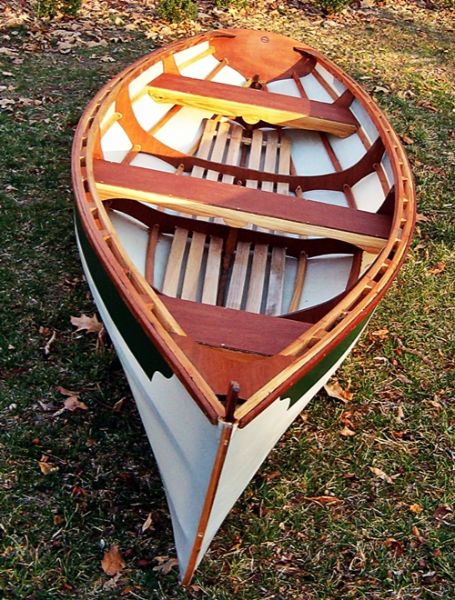 My wife Anna and the prototype, afloat on the Shenandoah River in Virginia: 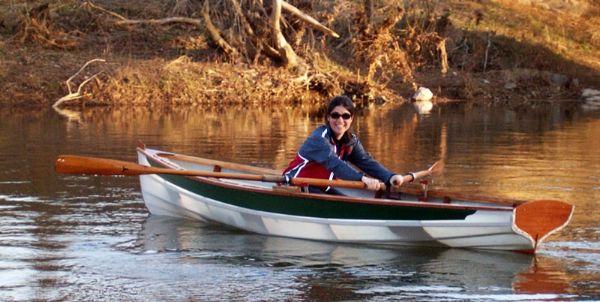 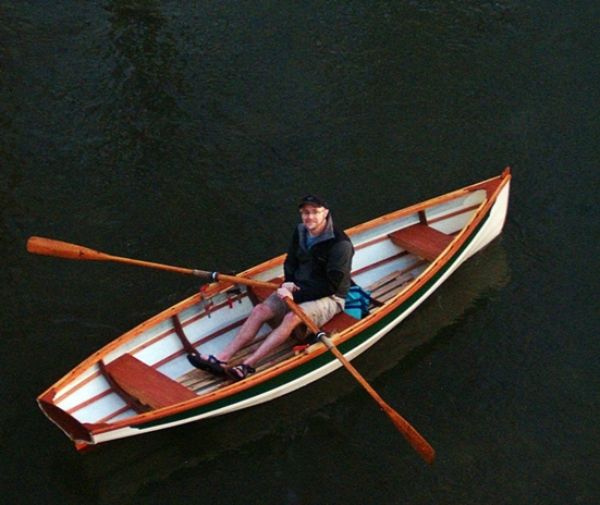 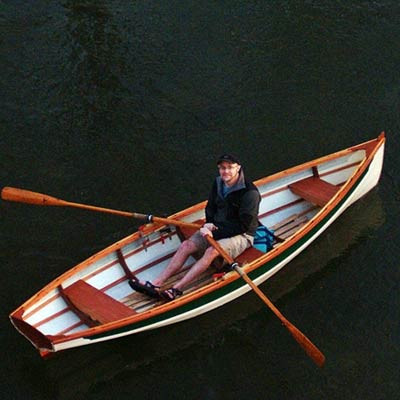