Sandra had been boating in a Toto double paddle canoe and in the larger Imresboat kayak. Both of those were designed for lake work but Sandra was making a lot of river trips and some of the rivers were not that lazy. What she had found was that the shorter open Toto was nimble for running rivers but had swamped in larger river waves on occasion. The larger Imresboat was decked over and never swamped and was long and lean, designed for long straight hitches. But on the rivers the current provided the propulsion and quick maneuvering was at times important. Could a compromise be struck? A Toto with an Imresboat deck?

An easy assignment. RioGrande is essentially a Toto (but slightly narrower) with the Imresboat style deck. I suppose it has the same number of parts as Imresboat. The fore and aft volumes are watertight and there should be no way to sink this thing short of destroying it. (Not to say that you could get back into it easily.) As you might imagine compared to Toto there are now more parts to make and those parts all have weight. So I'm guessing RioGrande will weigh perhaps 60 pounds, maybe more, where my original Toto weighed 45 when built of 1/4" plywood. The Leinweber's have proven you can use 1/8" to build these and it will get holed with a good hit from a river rock - they've proven both parts of that. By the way, small kayaks like RioGrande can't have much capacity. This one displaces 250 pounds and, given its empty weight, if you weigh more than 200 pounds you should look for a larger boat. 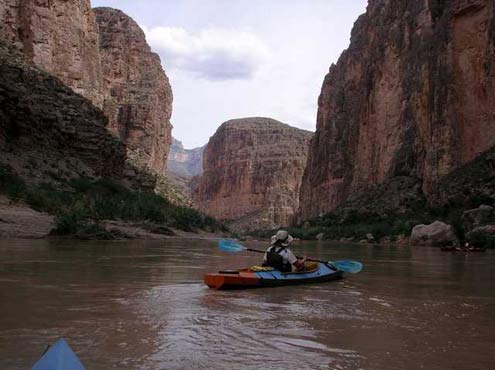 As you see in these photos RioGrande has been proven on the Rio Grande. Chuck built two of them, one from wood and another as a foam cored plastic boat. The plastic boat has hard glass/epoxy surfaces and is better at surviving river rock collisions than the wood. No surprise there but don't ask me how he did it. It is a South Texas experiment. 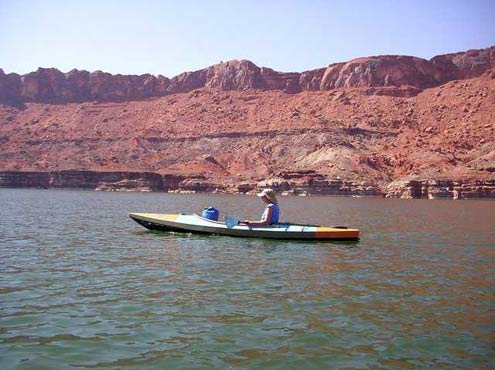 From these photos I gather the boat is loaded deep with supplies and camping gear. That didn't seem to affect it in any practical way but you could not load a Toto this deep safely. 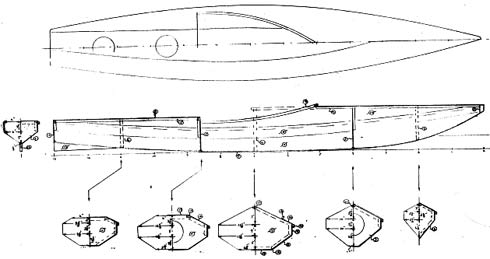 Looks like four sheets of 1/4" plywood, or maybe 1/8" if you are feeling brave. Taped seam construction.

The Rio Grande design came about at least partly because I kept getting holes in my kayaks. I love to go down rivers, but rivers have rocks, and sometimes they are hard to avoid. 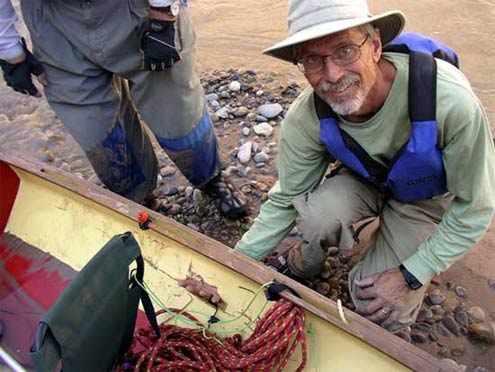 "Back paddle", says Chuck, and I am learning to do that, but sometimes you just can't avoid every rock. We concluded that I needed a bulletproof boat. I love the Toto design, but the open center meant that even if I avoided the rocks, it would sometimes swamp in standing waves. We build a couple of Imresboats (long and sleek), and they are perfect for Lake Powell, but not as manuverable in a fast river. We asked Jim Michalak to design a Toto length kayak like the Imresboat, and he sent us the Rio Grande.

We decided to build a pair, and one is plywood (1/4" on the bottom and garboards, 1/8" for the rest), and the other is high density foam. Both have a kevlar/fiberglass blend cloth on the bottoms and garboards, inside and out. The foam boat is lighter, but they handle equally well.

We took them to the real Rio Grande a couple of months ago for a trip down Boquillas Canyon with Louis Aulbach and some other folks from the Houston Canoe Club. The river was high - Mexican authorities were releasing water from dams in anticipation of heavy rain from a Pacific hurricane. As a result, we mostly rode over the tops of any rocks. 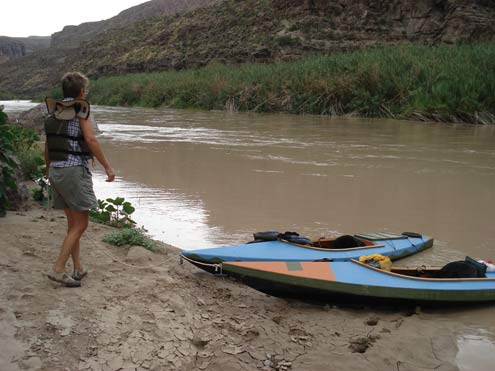 I was well pleased with my new boat. We had planned to filter all our water, but the high water meant lots of silt, so we had the added weight of about 3 gallons fresh water each. This was a 5 day trip, but we had plenty of room in the front and back hatches for all our gear. It's a little more trouble to get things in and out than with an open canoe, but everything stays dry when and if you go over-just make sure anything in the cockpit is well secured.

On a river, you want a boat that paddles well on the calm stretches and handles well in a rapid, and the Rio Grande is a winner. 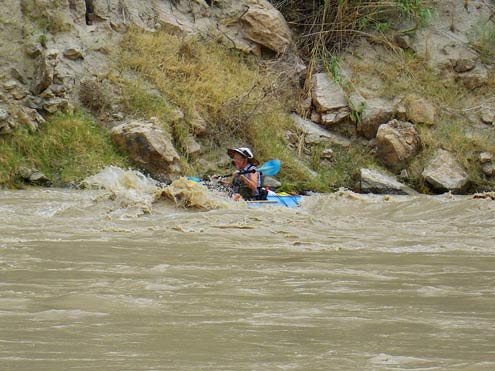 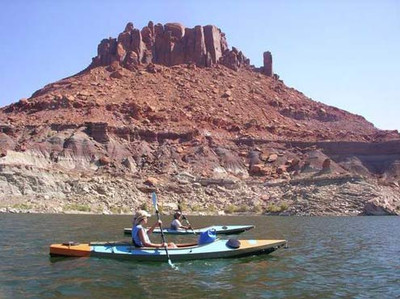