Caroline started as a blend of Philsboat and Frolic2. The idea was for a little more cabin room than Philsboat and hopefully with the same seakeeping ability that Frolic2 has demonstrated. I made it a little deeper and wider and with a longer cabin than Philsboat. It all added up to about 30% more cabin volume. But it is also more boat to build and pay for and haul so the other boats, which are lighter and cheaper, still haven’t been made obsolete as far as I am concerned.

One interesting side to this sort of house design is that if you add a motor well, as this one has, the stern gets pretty busy since the only way you can run a normal tiller to the rudder is under the aft deck. To get a good swing of the rudder that aft deck needs to be short and wide if that motor is to live there too. I think I have it all crammed in there such that it might work but even so the rudder is well offset to one side, as it was successfully done with Philsboat. 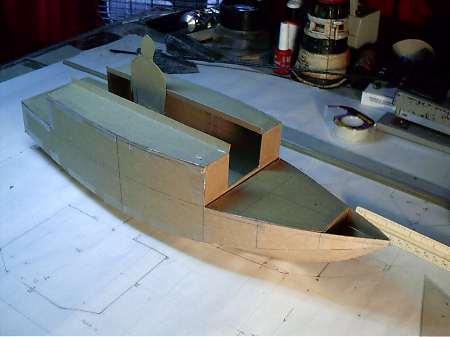 The builder wanted a yawl rig (she wants to coastal cruise the Maine coast) but I added the mizzen as I do now, keeping the basic balance such that you could sail it without the mizzen.

I'm still carrying Caroline as a prototype even though she was completed and cruised in the summer of 2008. Problem was that the mizzen wasn't ready in time for the cruise so they went to sea without. She sailed fine but I underestimated the anchor situation in Maine where the tides won't let you beach a heavy boat. Any boat like this will swing at anchor in a wind and so did Caroline. The mizzen is supposed to stop that so hopefully we shall see in the 2009 cruise if she works AOK with the mizzen. But here are some photos of the first launch/cruise: 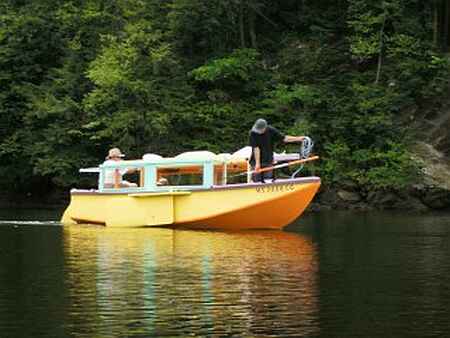 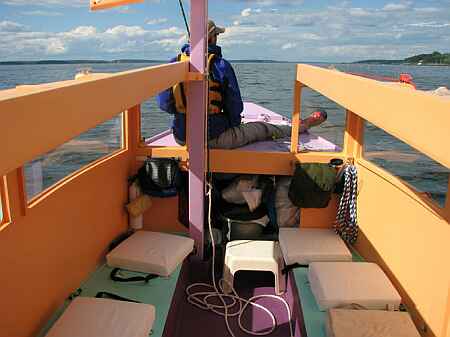 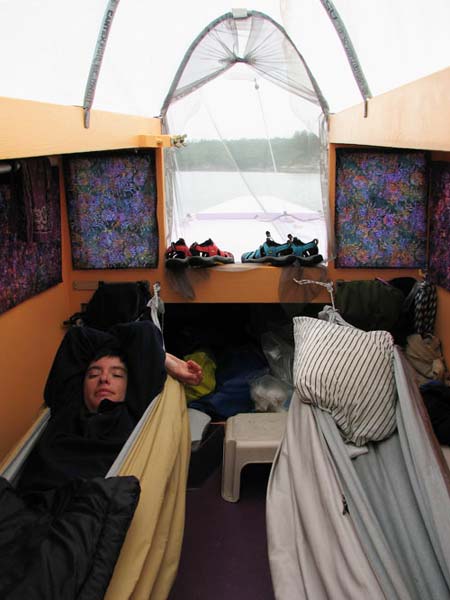 You can see that these Birdwatcher cabins are simple and roomy.

Looks like six sheets of ¼", ten sheets of 3/8" and three sheets of ½". Taped seam construction.