We had a rat in our pantry!

Couldn't catch her, or persuade her to run away (yes - it could have been 'him'), so we had to trap her.

We live miles away from anywhere that sells humane traps, so I decided to make one.

My first attempts were based around a design that required the weight of the rat to trip a mechanism that would pull a pin, or release a spring - letting the trap door fall to the closed position.

Didn't work! I know because on the morning after each attempt, the trap door was open, yet there was no food inside!

I realised that the problem was that there was too much friction in the mechanism to enable it to work by depending on the weight of a tiny rat to operate it.

A radical rethink and I came up with this design, which does not depend at all on the weight of the animal to operate it. Instead, the mechanism relies on a prop to hold the pin in place which in turn, holds the trap door open. This prop rests on a small tray of food. For our rat, we placed some dry cat crunchies in a cardboard tube (yes - a toilet roll tube) which was cut to be about 30mm long. The prop rested on the food. The mechanism operated on the principle that, the rat would eat the food (because that's why he was there), as the food was eaten, the prop would drop, releasing the holding pin, allowing the trap door to close. 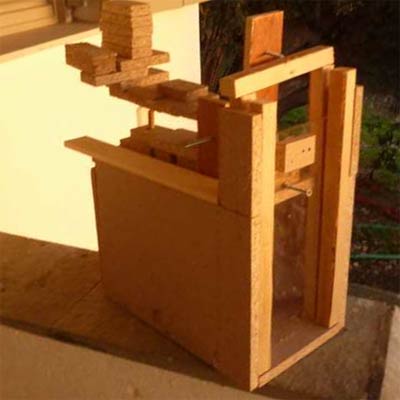 This design is a development and refinement of the prototype design and has been increased in scale, so that it is suitable for catching animals as large as cats.

The size can be adjusted to suit your own requirements - smaller for mice, larger
for dogs. 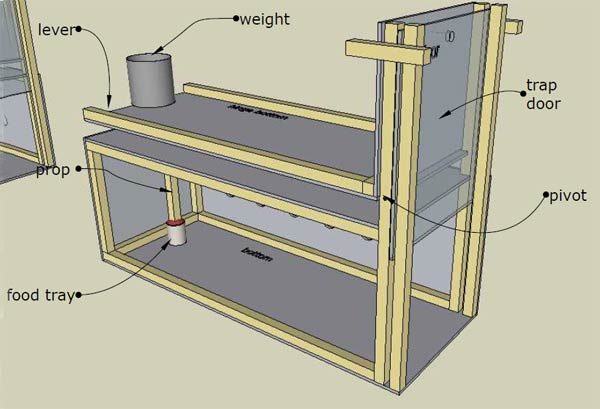 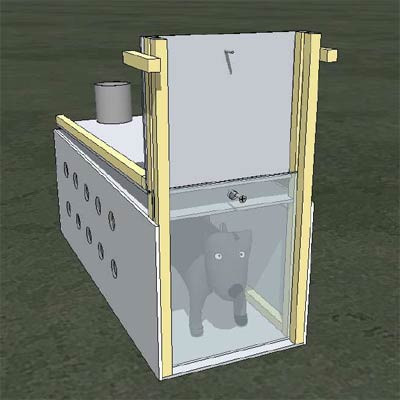