SKU:
BCA-MANDOLINOCRUISE-PA
Availability:
Your plans should arrive via email within 48 hours. The plans are in the form of a PDF file.
Measurement:
Metric

In my book on traditional Italian boats, I had published a drawing which had been kindly given to me by Sergio Spina, a keen, skilled expert on traditional marine construction, who lives on Elba island. He has designed boats, partly based on the lines of the few traditional boats which have survived today and, partly, interpreting their lines with a certain amount of freedom. Among his well-made designs, I had been emotionally touched by a lovely small 4.80 m lateen sail boat, generally defined as a "typical Italian boat".

Designing the MANDOLINO, I had been inspired, though with many variations, both in shapes and sail plan, by this small cabin boat with a markedly traditional look. Initially, I had conceived the boat more for daily use (a cabin cruiser), dedicating more attention to the aesthetic part rather than to exploiting internal space, but I then realized that the shape of the hull - deep but not excessively narrow - offered the possibility to transform it (with few modifications) into a small coastline cabincruiser, fitted with exceptional comfort for a boat of this size.

For this reason, I have developed a variant (MANDOLINO CROCIERA) with a higher freeboard and with a slightly bigger deckhouse. The constructor may thus choose between a more elegant, classical version (with reduced internal comfort) or a more comfortable version, with an internal standing height of 1.60 m. In both, there is abundant space for lockers, peaks, tanks as well as a small toilette.

Both boats are endowed with good marine features. The shape of the lateral plane and large wetted area, together with the choice of a long keel, do not favour it when sailing upwind (with averageweak winds) but, under different conditions, the boat will undoubtedly, sail fast and smoothly over the waves and prove to be pleasant to sail. Its performance will, undoubtedly improve if one opts for a centreboard solution. The inconvenient aspects tied to this solution and the greater complications in construction are counterbalanced by considerable improvement when under sail. As for construction, we have foreseen two different methods, which differ from each other for difficulty of construction and for aesthetic results. Both systems are carried out in strip planking but, while the first is - with some variants - substantially classical strip planking, which foresees an internal wooden structure (very much simplified compared to a classical construction, but still quite long to realize), the latter represents the so called "composite strip planking", wholly comparable to a modern sandwich construction, in which the internal structure is reduced to the minimum (practically, made up only of bulkheads). 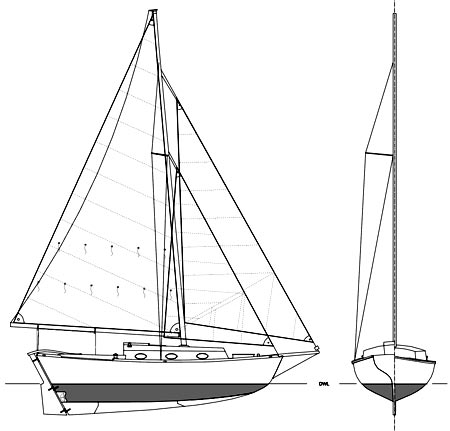 The first system is suitable for expert constructors and requires more time. However, it is compensated by the interior lay out of a classical boat, with a visible wooden structure. The second system, on the basis of a large use of plastic reinforced by fibreglass, does not allow the hull to be left at sight and must be painted. From the structural point of view, the two systems are alike; the second will provide a boat which is slightly lighter. Both systems are explained in the instructions
- standard and simplified construction. 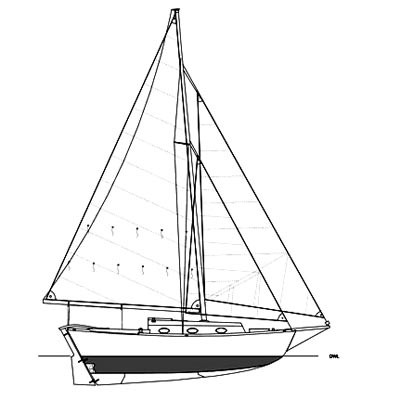